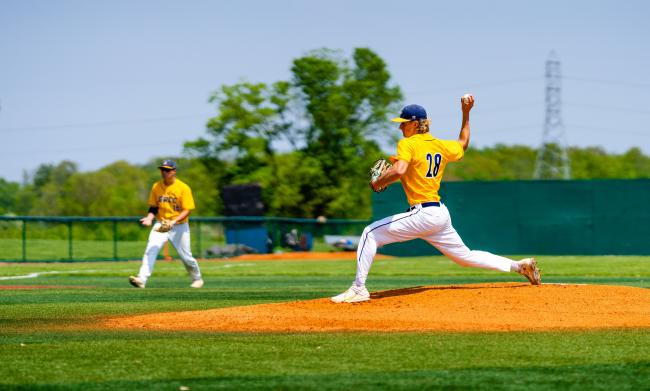 Berkenpas played a vital role on the team, which finished the 2022 campaign second in the Michigan Community College Athletic Association Western Conference and in third place in the region.

The 6-foot, 5-inch righty was GRCC's top pitcher in their rotation and led the team with a 9-2 record, 1.41 ERA, 1.02 WHIP, 71 strikeouts, .223 opponents' batting average, and had four complete games, including one shutout.  In 12 games, he gave up one or no earned runs in eight times and posted a season-high nine strikeouts three times.

"Jerad had a chance to win every start and I think he gained confidence in his first game down south against NJCAA Division 1 powerhouse, Chipola College, where he gave up just one run and struck out nine," head coach Mike Eddington said. "Jerad is confident, passionate about baseball, wants to be good and works extremely hard. It's great to see his hard work pay off."

GRCC's season included a 17-win streak that was snapped in the late rounds of the NJCAA Region 12 tournament.