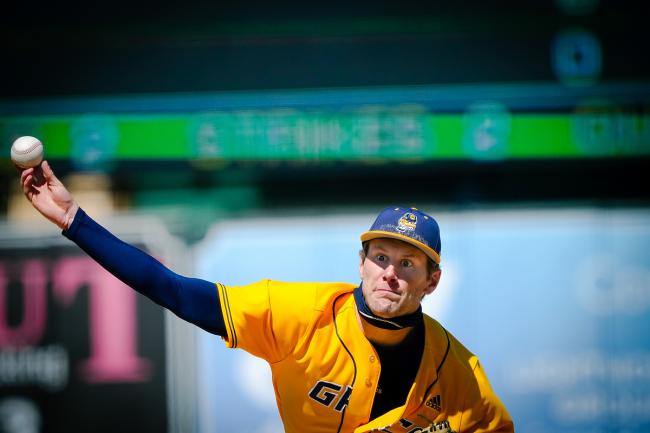 The Raiders beat Glen Oaks 4-1 in the second game of the doubleheader in Centerville, a day after sweeping a twin bill against the college in Grand Rapids.

GRCC’s offense was backed by solid pitching and steady defense in all four games against the Vikings.

The Raiders were flawless in the field.

Caleb Englesman earned the win for GRCC, surrendering one run on seven hits over five and two-thirds innings, striking out six.  Dalton Vander Ark threw one and one-third innings in relief out of the bullpen.  Vander Ark recorded the last four outs to earn the save.

The Raiders are now 19-10 on the season, and back in action on Tuesday against Aquinas College JV.