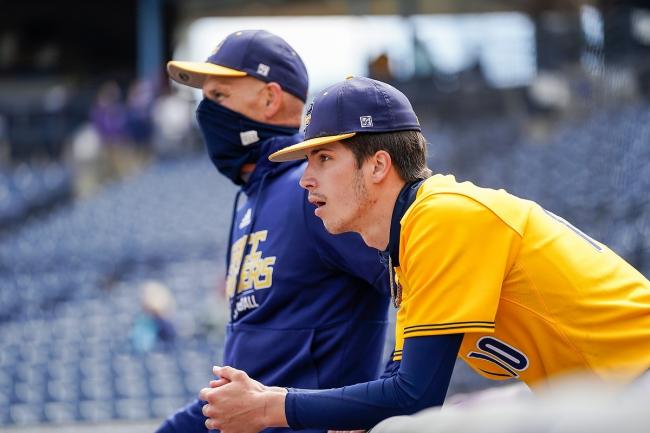 The Raiders won the second game in dramatic fashion, with Fernando Rivera-Calderon singling home a run in the top of the ninth inning, securing a 4-3 win.

Murphy was commanding in the first game, striking out 12 and without issuing a walk in a 6-0 victory.

The Raiders scored six runs on eight hits, scoring a pair of runs in the first, second and seventh innings. Ryan Dykstra drove home three of the runs, and Aaron West drove in two.

The second game was tied at three heading into the ninth inning.

West, on first after a fielder’s choice, advanced to second on a single from Dykstra, then scored the go-ahead run on Rivera-Calderon’s line drive hit to right.

Kalamazoo Valley threatened in the bottom of the inning, when Ben Cerven was hit by a pitch then advanced to second on a balk and moved to third on a sacrifice bunt.

Schmitt moved to the mound in relief and got the next two batters on a caught foul tip and then a strikeout.

Dalton Vander Ark earned the win for GRCC, pitching a scoreless inning and a third, with Schmitt credited with a save.

The 22-11 Raiders face Kalamazoo Valley again on Saturday with a doubleheader at home in Belknap Park.