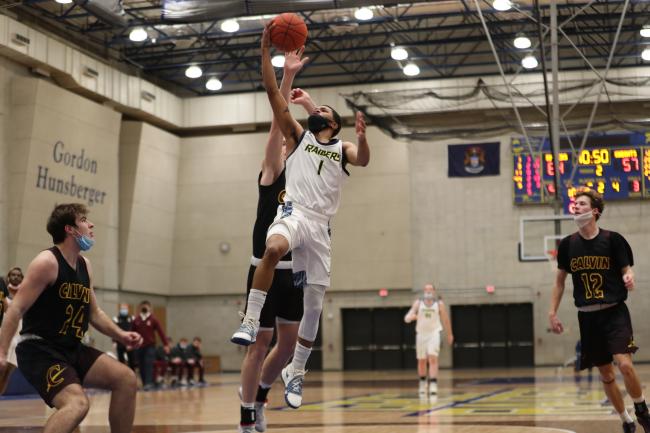 The GRCC women's team trailed St. Clair County until late in the fourth quarter when Grace Lodes scored a layup and a free throw with 2:05 left, putting the team up 52-51.

But St. Clair County would hit a three-point shot to pull ahead by one point on the following possession. GRCC would tie the score two more times down the stretch.

With two seconds left in the game, the Skippers’ Mia Janssen scored the go-ahead bucket to bring the score to 58-56.

Lodes, a West Catholic High School graduate, would lead all scorers with 23 points, while adding a team-high 10 rebounds. Sally Merrill, a Hamilton graduate, nearly had a double-double with nine points and nine rebounds while dishing out a team-high four assists.

The GRCC men’s team, which beat St. Clair County on Nov. 6, struggled on both ends of the court in the nightcap, losing 92-51.

Brockton Kohler, of Greenville, was coming off a career-high at Delta College on Monday and set a new career high with 25 points on seven of 14 shooting, including four of eight from behind the arc. Jovante Jones, of Saginaw, was the only other Raider in double-figures with 14 points on five of 11 shooting.

Both teams will be back in action Saturday against Mott Community College. The women’s team is scheduled to tip-off at 11 a.m. with the men’s team to follow.