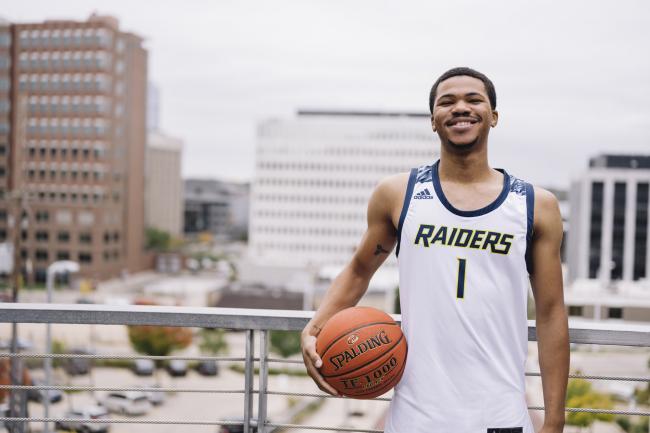 Sally Merrill, a freshman from Allegan, made five of her first nine shots, including three from three-pointers, and helped the Raiders build a 34-19 halftime lead. She would go on to score a game-high 19 points with five assists.

The Raiders would cruise to their first win of the season, 69-46 after three losses to begin the season.

Marlene Bussler and Grace Lodes each scored 11 points, with Bussler adding a game-high of six assists and four steals.

The men's basketball team played its second overtime game of the year, this time prevailing 99-95.

The Saints had a 12-point lead in the first half, but GRCC battled back and built an 11-point lead of their own in the second half. The Saints tied it up at 78 four minutes later, and forced overtime when Jared Dugner sank a three-pointer with 43 seconds left in regulation.

In overtime, Aquinas scored the first basket, but GRCC’s Rico Wade hit a three on the following possession, giving the Raiders the lead that they wouldn't relinquish.

Both teams will be in action on Nov. 17, hosting Calvin University’s junior varsity teams. The women’s teams tip-off first at 5:30 p.m.