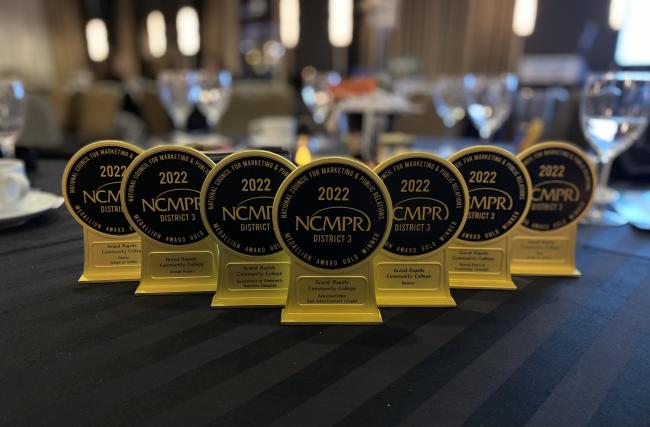 The award was among 17 Medallion Awards earned by GRCC and presented by the National Council for Marketing and Public Relations District 3, which includes community, technical and junior colleges in Illinois, Indiana, Michigan, Ohio, Wisconsin and the Canadian province of Ontario.

“It’s an honor to tell the stories of GRCC students, colleagues and programs,” Communications Director Dave Murray said. “They inspire us to do our best, and we hope their stories inspire others to start an educational journey that will change their lives.”

The Michigan Reconnect awareness campaign included student profiles that were highlighted by the state government and Gov. Gretchen Whitmer, social media campaigns, outdoor advertising and other materials telling people about the program, which covers the cost of in-state tuition for residents age 25 and older.

The GRCC Foundation’s Annual Report was among the Gold Medallion winners. It’s the third year in a row the annual report, which shares how students and the greater community benefit from foundation support, has earned a top NCMPR honor.