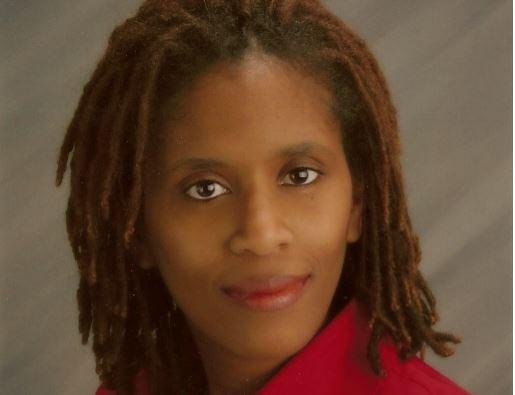 Oct. 8, 2021 GRAND RAPIDS, Mich. – A Grand Rapids Community College English professor has been awarded a monthlong residency at the home of poet and essayist Thomas Lynch.

Professor Mursalata Muhammad is the first recipient of the Sweeney Memorial Boat House Residency at Lines End. The Lynch & Sons Fund for the Arts initiative is designed to encourage emerging writers and includes a stipend as well as the residency on the south shore of Mullett Lake in Cheboygan County.

Muhammad, who has taught at GRCC for 20 years, is completing her first manuscript of poems.

“I'm beyond grateful for this residency,” she said. “It comes with two resources I often lack: a place and time to write. I'm looking forward to four weeks of writing while staying in a boathouse, which has a lovely lakefront view.”

Muhammad has a bachelor’s degree in English and communications and a master’s in English, both from Oakland University. She is working on her doctorate in Antioch University’s Leadership and Change program.

She is known for her innovative approaches to distance learning – which was especially useful during the pandemic.

In December, students in her creative writing class had questions about Lynch’s work, which led to the author joining the class via Zoom.

Lynch shared his perspective on the process of writing and finding inspiration, then listened as students read their own work to him, providing feedback and encouragement – often with humor. You can watch it here.

Muhammad served on the state Education Department’s K-12 Social Studies Standards Bias Review Committee and is a member of the Michigan American Council on Education Women of Color Collaborative. She was awarded the Leadership Skills Champion Award from the Grand Rapids Area Chamber of Commerce’s Community Leadership in 2013.