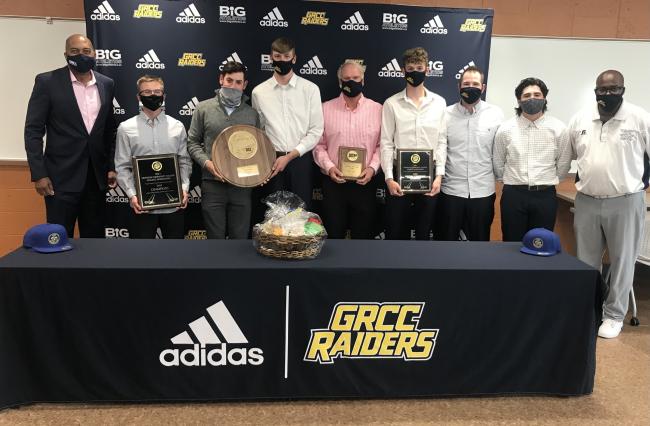 The Raiders wrapped up a regular season winning every tournament, with five golfers earning All-Conference honors and John Forton being named Coach of the Year.

The team started the weeklong National Junior College Athletic Association National Tournament in fifth place, then dropped to seventh place before finishing in eleventh place out of 19 teams.

Tyler Hausserman, with 304 strokes, and Logan Templeton, with 305, were the top two finishers for GRCC, and finished tied for thirty-third and thirty-fifth place. Davis Courtright tied for forty-fifth with 309 strokes, followed by Dominic Luciani with 316 strokes and Arie Jackman with 335.