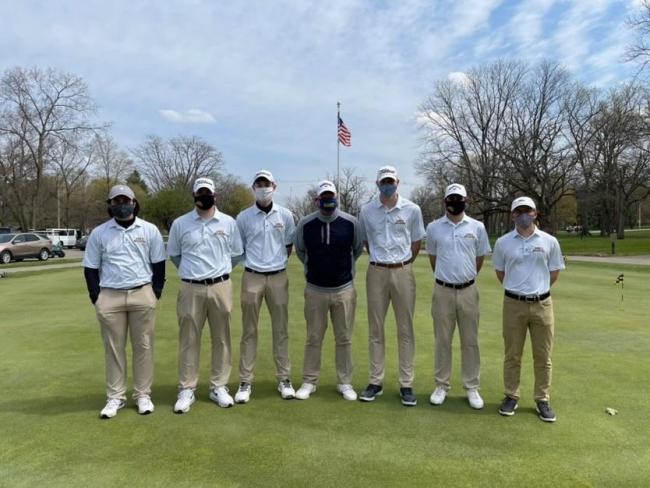 April 24, 2021, GRAND RAPIDS, Mich. – The Grand Rapids Community College golf team is on a roll, winning all four of its matches this season – with its best performance Friday in Jackson

Not only did the Raiders top five teams to win the Jackson College Invitational at the Ella Sharp Golf Course, the team’s 285 was five over par for the course.

Tyler Hausserman was the medalist, shooting a 69. Arie Jackman, Dominic Luciani and Logan Templeton were close behind with 72 and David Courtright followed with 75.

The undefeated team in in action again on Monday at the Muskegon Invitational.