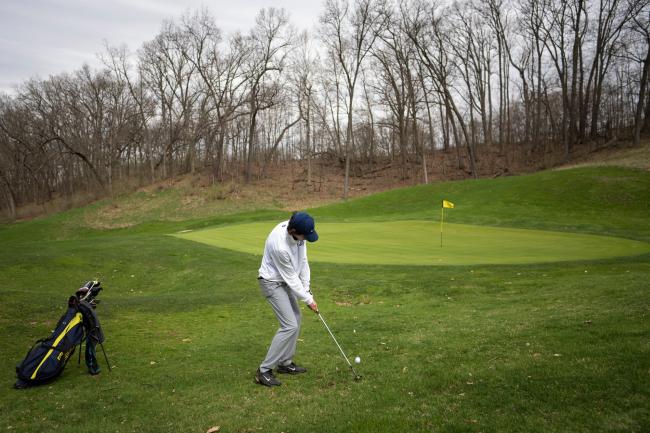 Every team at the tournament was scheduled to play four rounds of golf. But due to the weather conditions the NJCAA committee opted to only send the top 12 teams to the final round of play. GRCC was among the teams not eligible to advance.

“The team was dedicated to making it to the finals and played with a purpose,” coach John Forton said. “It was all about us proving we belonged there, and it happened. Great effort by all involved.”

At the end of three rounds, Arie Jackman (78-75-83) was leading GRCC with a score of 236 strokes. After two rounds, Jackman was tied for 35th place overall. After the third round, he was tied for 60th.

Matt Denhartigh had a strong finish to his GRCC career, shooting 76 in his final round to finish with 241.

The team tied for the conference championship this year, marking their 13th straight title. It also finished runner-up in the MCCAA and the region.

Oman finished his freshman campaign also as a member of the All-MCCAA team.