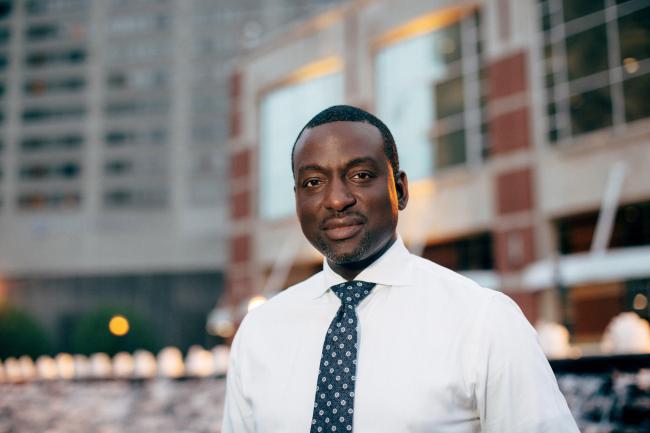 “Our annual celebration focuses on Dr. King’s expansive writings and evolving ideology about justice,” said Dr. B. Afeni McNeely Cobham, GRCC’s chief equity and inclusion officer. “Dr. Salaam’s story fits succinctly with Dr. King’s words and the program theme: ‘Injustice anywhere is a threat to justice everywhere.’ We are proud to bring Yusef to Grand Rapids to share his message with our greater community.”

Salaam, then age 15, was one of five teenagers accused and convicted of attacking a woman who was jogging in New York’s Central Park in 1989. Collectively, the teenagers became known as the Central Park Five.

The convictions were overturned in 2002, and the men were exonerated after spending between seven and 13 years of their lives imprisoned.

Since his release. Salaam has become a poet, activist and inspirational speaker committed to educating on the issues of mass incarceration, police brutality and misconduct, false confessions, press ethics and bias, race and law, and the disparities in America’s criminal justice system, especially for young men of color.

Salaam was presented with a Lifetime Achievement Award from President Barack Obama in 2016, and the case was the subject of an Emmy-nominated Netflix feature, “When They See Us,” directed by Ava DuVernay, and an award-winning documentary, “The Central Park Five” by Ken Burns, Sarah Burns and David McMahon.

“We must continue to boldly grapple with the difficult realities of racial injustice toward Dr. King's vision for an inclusive and equitable nation,” said Jesse Bernal, GVSU vice president for Inclusion and Equity and executive associate for Presidential Initiatives. “Our time with Dr. Salaam will allow us to wrestle with our own complex stories and create space for challenging our community narrative.”

People needing special accommodations at this event should contact the GRCC Office of Diversity, Equity and Inclusion at ODEI@grcc.edu.