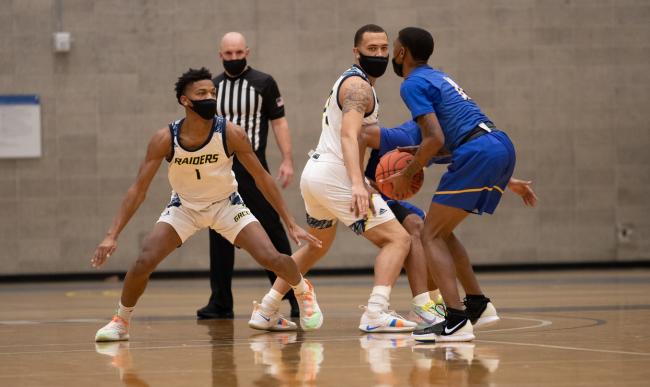 April 6, 2021, GRAND RAPIDS, Mich. – Grand Rapids Community College men’s basketball team continues to come so close to victory, only to see an elusive win slip away on the final shot.

Oakland gained possession with the game tied and just three seconds on the clock, with a layup slipping through the net and sending OCC to the next round of the competition.

GRCC is now 5-9 on the season after dropping two games, and 4-4 in conference competition.