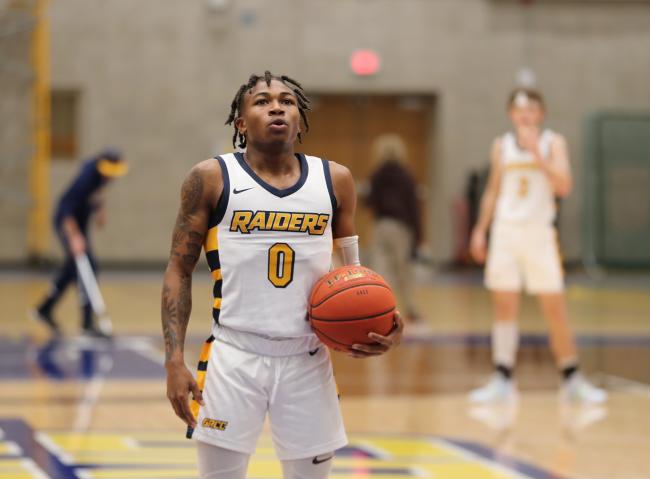 Nov. 18, 2022, PALATINE, Ill. – The Grand Rapids Community College men's and women's basketball teams had convincing wins at Harper College on Friday, with the men picking up an 87-63 victory and the women winning 64-17.

The men's team took the court first, cruising to their sixth straight to win to begin the season.

"We had a great team effort today from top to bottom," head coach Joe Fox said. "I was pleased with how the team fought through some adversity and always responded. I'm happy we were able to get a couple road wins, and I'm very much looking forward to returning home for a stretch after Thanksgiving."

The women's team, now 2-1 on the season, was led by Grace Lodes, who scored a game-high 16 points.

"Felt we played well overall," head coach David Glazier said. "I am happy that we were able to get everyone meaningful minutes as we work to build on our depth with the conference slate being our ultimate focus."

Both teams aren't scheduled to return to play until after Thanksgiving, when Community Christian College of Detroit comes to town for 5:30 and 7:30 p.m. tip-offs.