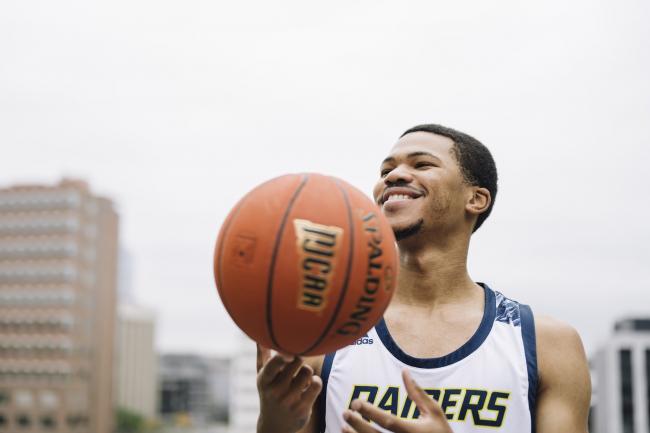 “Justus has worked tirelessly to improve his craft in his time at GRCC,” head coach Joe Fox said. “He was our first named captain this season, and has taken that leadership role in stride. I’m excited about his on-court success, and it has definitely reflected what we see in practice every day. I’m very much looking forward to seeing how he continues to grow this season.”

For the season, Clark is averaging 18.7 points per game, ranking him second on the team.  He also is second in minutes played, with 38.2; rebounds per game, with 8.3; and steals, with 19.  The point guard's 6.3 assists per game are not only the best on the team, but the best in the entire MCCAA conference.

GRCC is 3-3 on the season, splitting both games last week. The team beat Aquinas in overtime 99-95 and then lost to Calvin 106-104 in double-overtime.

The Raiders hit the hardwood again on Nov. 29 at Delta College near Saginaw.