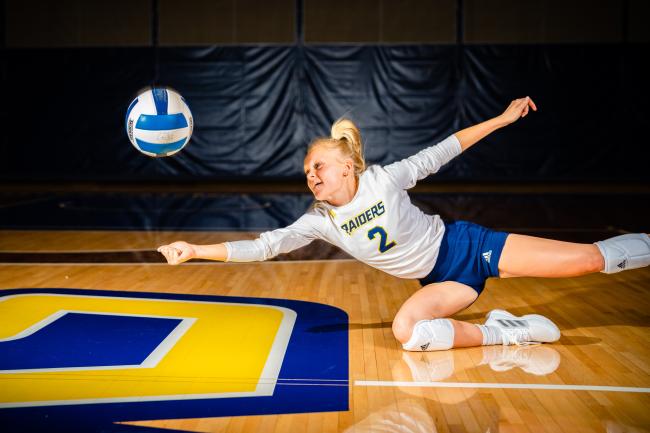 Gower, a third-year libero from Dimondale, compiled 44 digs and three service aces in three victories for the Raiders last week, all in straight sets.

In a doubleheader at Alpena Community College Gower reached the 600-dig milestone, averaging just under five per-set in her five sets of action.

Against Delta College, Gower had a three-set match career high of 21 digs.

"Audrey's a special player," associate coach David Rawles said. “Her grit, fight and will to lay it all out there help her be one of the best defensive players we have ever had at GRCC."

Since dropping its first two matches of the season, GRCC has won nine straight, including five in the conference.

GRCC will travel to Muskegon Community College on Sept. 29 in a 6:30 p.m. match that will determine the outright lead in the conference as Muskegon is also undefeated.