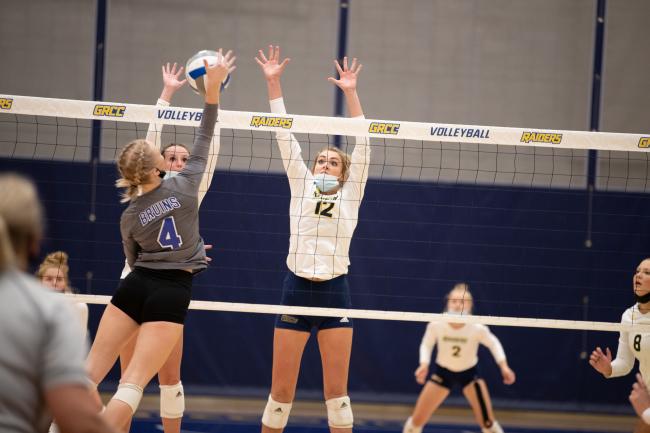 Holesinger, a sophomore middle blocker from Rockford, was saluted for her performances against Lansing Community College at the Raider Challenge, a tournament hosted by GRCC.

Holesinger has earned the award in back-to-back weeks, after first being recognized in August.

Holesinger totaled 59 kills, averaging 4.53 kills per set, and eight blocks across the four matches this past week. She currently ranks in the top-20 in the National Junior College Athletic Association Division II rankings in kills and kills per set.

The Raiders will look to stay in first place as they host Muskegon Community College on Oct. 7.