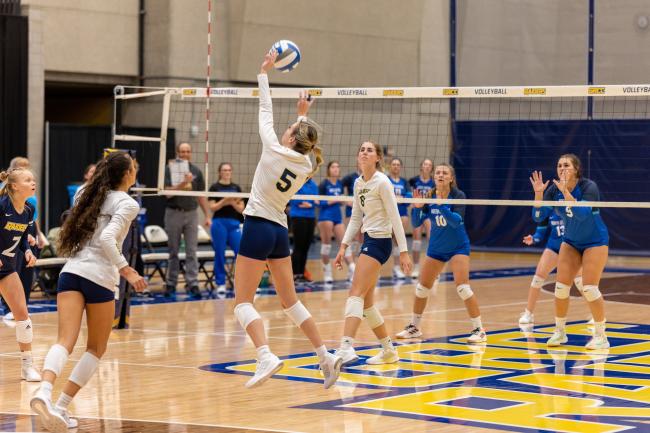 GRCC, the No. 9 seed in the National Junior College Athletic Association tournament, lost its shot at a national championship, but still has a chance to finish in the top five in the country if it wins its final two matches.

"I was very proud about how the kids battled all day, especially in the final match against a really good Johnson County team," head coach Chip Will said. "They never gave up."

In the quarterfinal match against Johnson County Community College, the Cavaliers cruised to a 25-12, 25-12, 25-16 victory to advance to the semi-finals.

GRCC, 25-4 overall, continues play Friday in the consolation round against Iowa Central Community College at 3:30 p.m. Eastern time. Should the Raiders win, the team will have a chance to play for fifth place on Saturday.