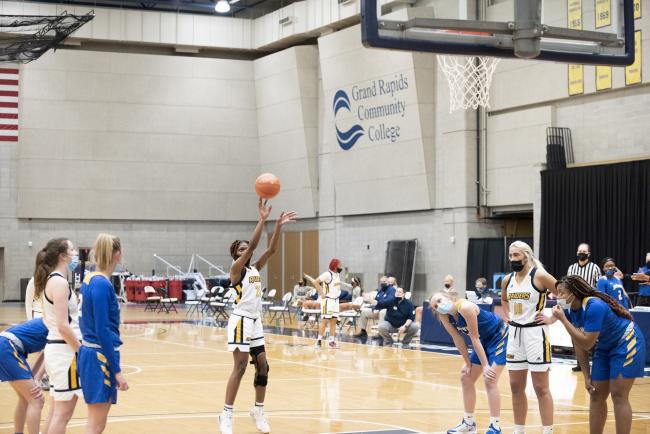 The softball team, however, struggled, losing the first game of a doubleheader. The nightcap was postponed because of the late afternoon storm.

The women’s hoops team is headed to Ursuline College in Ohio on Saturday for the district finals after topping Oakland 71-52. The Raiders are expected to play Bryant and Stratton College.

GRCC jumped out in front after the first quarter and never looked back. The team dominated in the third, outscoring Oakland 24 points to eight.

The softball team lost 9-2 to Muskegon Community College at home in Grand Rapids. The Raiders were limited to five hits, two from Brooklynne Siewertsen, two from Taylor Cross and one from Alexis Nguyen.

GRCC was trailing 2-0 when the storms arrived in the top of the second inning. The team is 2-7 on the season and is back in action Friday at home against Lake Michigan College.