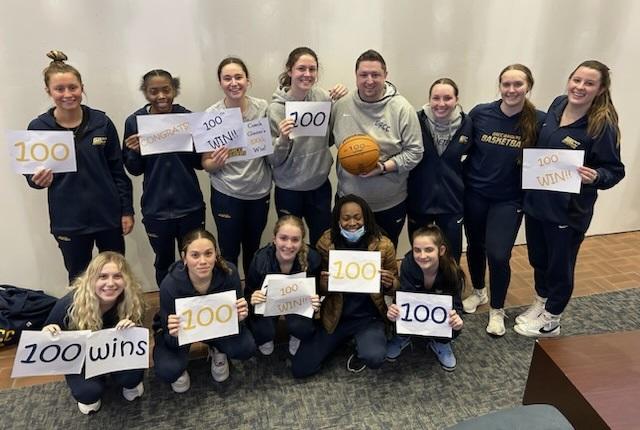 In the later game, GRCC's men's basketball team couldn't overcome a 22-point first half deficit and fell to the Stars 93-81, only the team’s second loss of the season.

"Proud of these kids tonight in a complete team bounce back after a disappointing outing this past Saturday," Glazier said. "Tonight was a showcase of what this team really is when we play team basketball."

Allison Kellogg scored a career-high 16 points on 6-of-8 from the floor while adding seven rebounds.

Grace Lodes finished with her seventh double-double of the season with 16 points and a game-high 14 rebounds.  Marlene Bussler filled the stat sheet with 14 points, six assists, six rebounds, a block and a steal.

Glazier, in his seventh season as head coach of the Raiders, is now 100-77.  His team is coming off a 20-win season that included a runner-up performance in the NJCAA regional tournament.  Two years ago, he led the team to its first trip to the NJCAA national tournament.

"Humbled by the milestone because it isn't possible without the sacrifices, hours of hard work, and dedication that so many players have given to the program," Glazier said.

The men’s team, after winning its first 11 games, has now lost two in a row.

Brockton Kohler, who recently signed to play with Cleary University, was 4-of-8 from three point range and finished with 13 points.

Danyel Bibbs chipped in with 13 points and a team-high five assists and Chris Coleman nearly had a double-double with nine points and nine rebounds.

Both teams will be back in action on Jan. 14 as they play host to Bay College at home in their conference openers. The women's game will tip-off first at 1 p.m. with the men to follow.