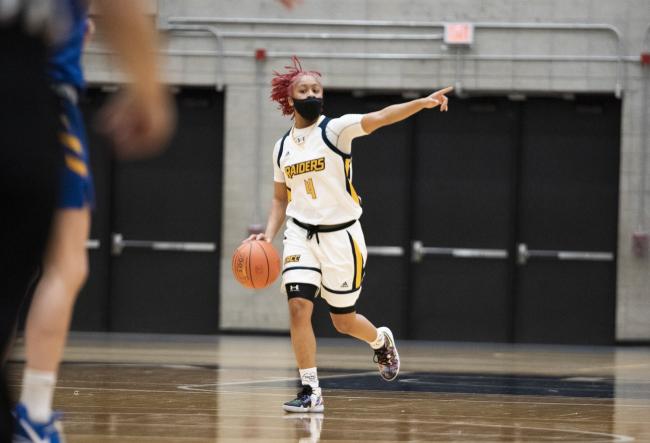 Hawkins, a sophomore from Grand Rapids, earned All-Region, All-MCCAA honors along with teammate Jayla Bibbs, one of the best rebounders in the nation. They were among five members of the women’s team and three members of the men’s team earning honors announced Tuesday.

The women’s team is 12-2 on the season and is hoping to add some additional awards. The Raiders are headed to the National Junior College Athletic Association D2 National Tournament next week. It’s the team’s first appearance in the tournament since 1978.

“They’re all deserving of these honors. When they came together and played as a unit, they were tough to beat,” women’s basketball coach David Glazier said. “Shonyah is a very talented player, able to do so many things for us. She has tremendous energy and was a leader on the court.”

Bibbs, a sophomore from Buchanan, Hawkins and Green-Boyd were also named to the All-Defensive Team.

Isaac Anderson of the men’s basketball team was named Co-Defensive Player of the Year, along with Ancilla College’s Marco Beverly.