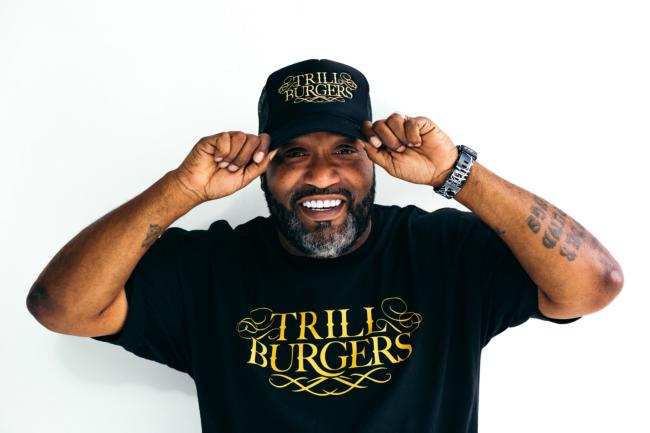 Oct. 6, 2022, GRAND RAPIDS, Mich. – Hip-hop artist Bun B will talk about his evolution as a performer, entrepreneur, activist and Rice University faculty member at an event that is a partnership between Grand Rapids Community College and Muse GR.

GRCC’s Office of Diversity, Equity, and Inclusion is collaborating with Muse GR on two events on Oct. 13, celebrating the launch of Muse Southeast, 501 Eastern Ave. SE.

The second event, “Trill Certified,” offers a showcase of artists and creatives from Grand Rapids and a friendly cook-off to determine Grand Rapids’ best burger.

Bun B, born Bernard Freeman in Port Arthur, Texas, rose to fame as one half of the Southern rap duo UGK. Along with the late Pimp C, the pair released several albums, including the self-titled “UnderGround Kingz,” which debuted at No. 1 on the Billboard 200. Bun B later went on to pursue a solo career.

“ODEI remains steadfast in supporting initiatives demonstrating the synergy between art and education,” said Dr. B. Afeni McNeely Cobham, GRCC’s chief equity and inclusion officer. “Our longstanding partnership with Muse GR affords us the privilege of illuminating the contributions and influence of Grand Rapids culture.”

Muse GR is an interactive art gallery that offers transformational space for creatives to gather, teach, and learn. Co-owners Stephen and Taylor Smith said it was essential for them to have a presence on the city’s Southeast Side.

“Although there are many creatives throughout the Grand Rapids community, creatives from the southeast side have limited options of places that cultivate their gifts and talents,” the pair said in a statement. “We are happy to be one of the places that pour into people and even more delighted when institutions like GRCC align with our efforts through partnership. The GRCC Office of Diversity, Equity, and Inclusion has been instrumental in helping us strengthen our impact on the communities we serve.”

The events are free and open to the public, but reservations are required for each event. Additional information is available at tinyurl.com/trillvibe