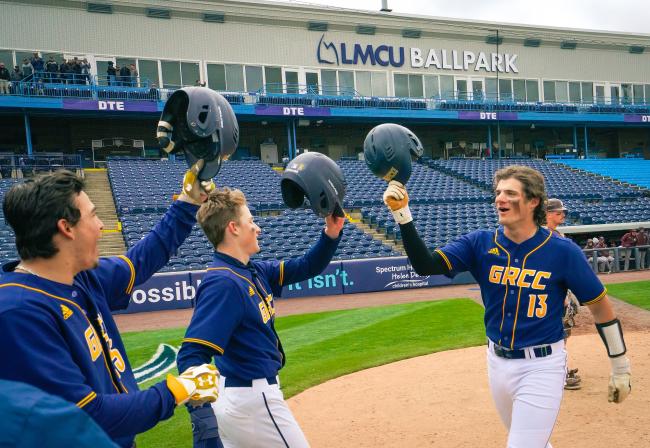 Admission for spectators age 8 and over is $5, with proceeds going to GRCC's John Bos Scholarship Fund.

"The John Bos games are a tradition that goes back to 1959, and we’re thrilled to bring them back after missing the last two years due to the pandemic,” GRCC Athletic Director Lauren Ferullo said. “Generations of baseball and softball players have competed in the games, and many others have benefitted from scholarships supported by the event.”

“It was a fun opportunity to play with all the players in your class you spent your high school career playing against,” McKinney said. “It was a wonderful experience to build connections. I am happy to hear the John Bos games have returned. It’s wonderful to think the proceeds of this event help out future GRCC student-athletes.”

“The history of the John Bos game is amazing,” he said. “There have been a lot of great players that have played in this game. I know every senior looks forward to the opportunity. We are very honored to be hosting the Jon Bos game at Davenport University.”

The proceeds from admissions benefit the Bos Scholarship, awarded to GRCC student-athletes who compete for at least one of the college’s teams and maintain Michigan Community College Athletic Association eligibility.