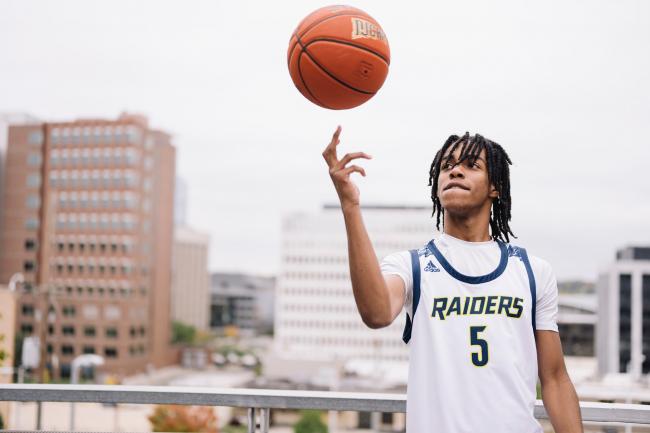 Nov. 9, 2021, GRAND RAPIDS, Mich. - Jovante Jones scored 21 points off the bench for the Grand Rapids Community College men's basketball team, but it wasn't enough, as the Raiders fell to Delta College 81-77 on Tuesday.

Jones, a freshman from Saginaw, made his presence felt early, stealing balls on back-to-back possessions within the first minute of entering the game. The 6-foot, 2-inch guard ended up with six steals, six assists and five rebounds while shooting eight of 17 from the floor and two of five three-pointers.

The Raiders had their chances late, tying the game up at 77 with 2:50 left, but couldn't score the remainder of the game, missing their final six shots.  The Pioneers scored their final four points from the charity stripe.

Freshman Justus Clark of Farmington Hills had his second double-double of the season with 20 points and a team-high 11 rebounds.

Delta's Shannon Woods led all scorers with 22 on 9 of 21 from the floor.

GRCC 1-2 on the season, will look to get back in the win column when it travels to Great Lakes Christian on Nov. 12.