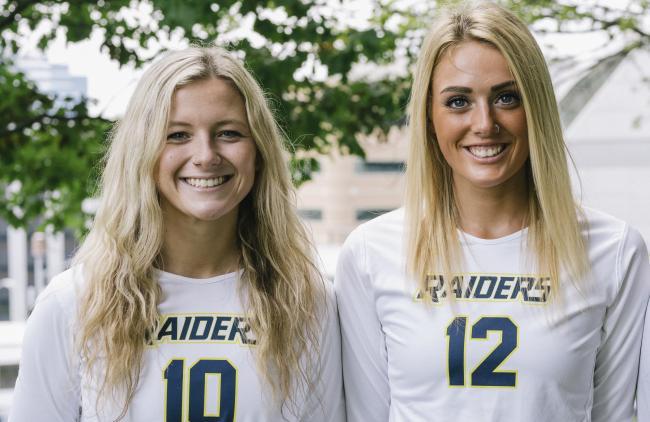 Oberlin and Holesinger, both middle blockers in their third year at GRCC, combined for 64 percent of the Raiders’ scoring on the night while also hitting .500 or better. Oberlin was 14 of 24 with just two hitting errors and had a team-high three blocks.

Holesinger, the latest MCCAA Western Conference player of the week, totaled 16 kills with no hitting errors, and had a team high two aces.

"We showed how dynamic our team is between blocking, serving, defense, and hitting -- not only front row, but incorporating some back-row swings and setter attacks," Oberlin said. "We found ways to adjust each play to make the next one better. So shots they were making initially we were able to adjust and shut down or pick up on defense."

Outside hitters Audrey Torres and Kara Hecht combined for 15 of the other 16 Raider kills.  Hecht's seven kills was a season high.  Both of them also had a solo block.