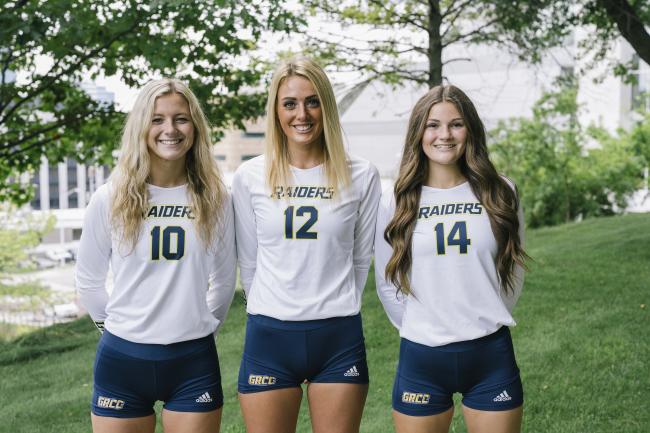 Oberlin, a third-year starting middle from Fruitport, had her best outing of the season, hitting at a .556 clip, and had just one hitting error to go with her match high 11 kills. She also tallied two blocks and even picked up an assist.

In her first match of the year in the libero jersey, redshirt freshman Kara Hecht of Zeeland tallied 11 digs, received a team-high 16 serves and even had an ace.

Conference play continues for the Raiders on Tuesday, Sept. 7 as the team travels to Muskegon Community College. GRCC will be back at the Ford Fieldhouse next Thursday, Sept. 9 as it takes on Lake Michigan College.