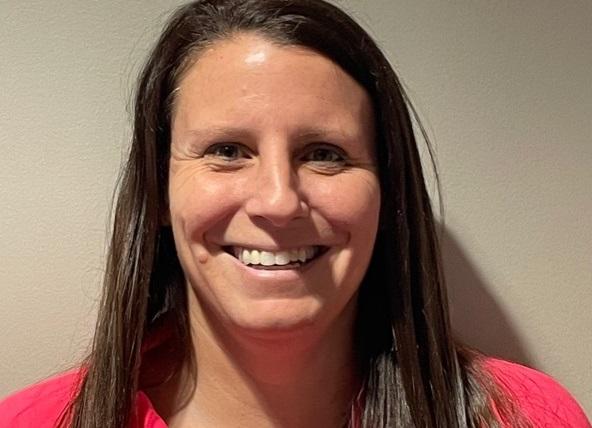 Ferullo has been Davenport University’s assistant athletic director for compliance since 2010, and held a similar role at Lake Erie College in Ohio.

“Lauren has a proven track record of leadership and will do an outstanding job guiding the Athletic Program,” President Bill Pink said. “For more than 100 years, GRCC has been an institution where student-athletes have come to gain an excellent education while working with some of the very best coaches in the business. We’re proud of that tradition, and I know Lauren is the right person to lead the next generation of Raiders.”

At Davenport, Ferullo worked with students and staff to ensure athletes maintained academic and other responsibilities to be eligible for competition. She served as the primary liaison between the Athletics Department and other departments with compliance responsibilities, including the registrar, Admissions and Financial Aid.

Ferullo prepared the university for its transition from the National Association of Intercollegiate Athletics to NCAA Division II.

“I’m excited to be a part of the proud GRCC Raiders tradition,” she said. “Our goal is to prepare students to be successful both on and off the court. I want to ensure we provide them with the best possible student-athlete experience.”

A Massachusetts native, Ferullo earned a Bachelor of Science degree in Exercise and Sport Science and Sport Management from Colby-Sawyer College in New London, N.H. and a master’s degree in Education at Lake Erie.

She was women’s soccer coach at Lake Erie for seven years, and was voted Allegheny Mountain Collegiate College Women's Soccer Coach of the Year in 2005, before retiring as the winningest coach in the program's history. She worked to transition the college from NCAA Division III to Division II.

In Michigan, Ferullo has coached and officiated girl’s lacrosse at the high school level.

Ferullo follows Interim Athletic Director David Selmon, who guided the program for a year while also serving as associate dean of Student Affairs.

Five of GRCC’s eight teams participated in National Junior College Athletic Association national tournaments during the 2020-2021 season, with three teams finishing in the top 10 nationally – and one falling just shy. The college celebrated five student-athletes earning All-American honors, including a Conference Player of the Year. Three coaches were named Coach of the Year.

Ferullo starts at GRCC on July 19.