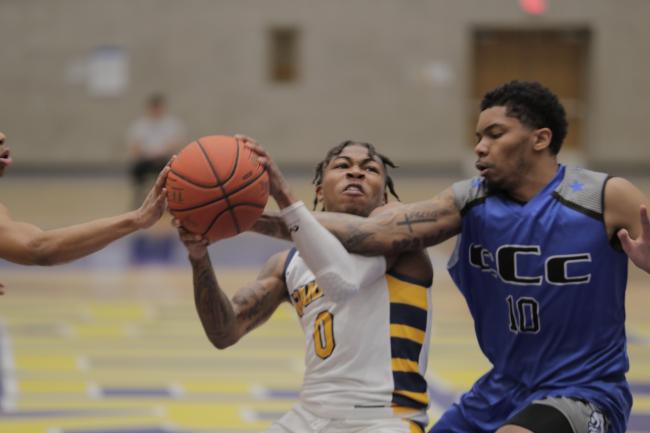 In the women's game, Mid Michigan jumped out to a 22-8 lead after the first quarter and led by as many as 24. GRCC battled back to make it just a four-point game with a minute to go but that's as close as it got. The Lakers scored the final five points of the game to win 74-65.

Grace Lodes was 9-for-18 from the field for 21 points to lead GRCC, while grabbing a game-high 15 rebounds.

The women’s team is now 7-5 on the season, and 1-1 in MCCAA Northern Conference action.

GRCC's men's basketball team hung with the Lakers for the first 28 minutes of the game, but the home team then went lights out, scoring 42 points the rest of the game and shooting around 65 percent from the field, winning 102-70.

The men’s team’s losing streak has hit four games after the team won the first 11 games of the season.

Both teams will be back on the court on Jan. 21, hosting Alpena Community College in another Northern Conference matchup.