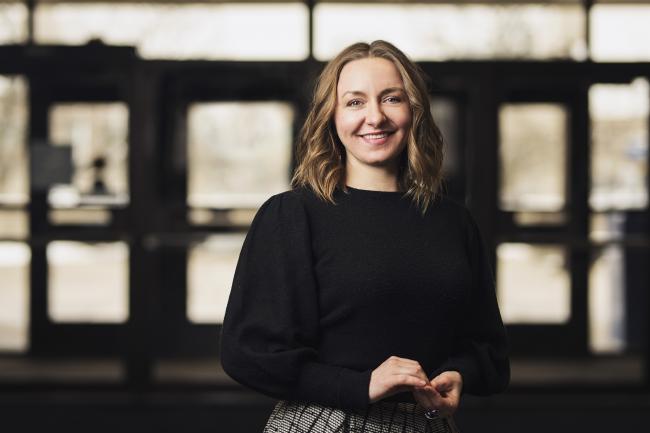 March 29, 2021, GRAND RAPIDS, Mich. – Start at GRCC and go anywhere. Every former student has a story to tell about how GRCC gave them the education and opportunity to be successful. We’re sharing some of those stories, and want to hear yours!

Chehovska majored in voice and piano while at GRCC and then transferred to the University of Michigan, earning a bachelor’s degree and master’s degrees in opera performance and conducting.

She made her professional debut in 2013, singing Mozart’s “Requiem” with the Grand Rapids Symphony. Her New York City debut was during the 2015-2016 season of Opera America’s National Opera Center.

Her performances have included Mozart’s “Coronation Mass,” Vivaldi’s “Gloria,” and Bernstein’s “Songfest.”  The New York Times declared that her performance in Tchaikovsky’s “Eugene Onegin” made her “an audience favorite.”

Her awards include semifinalist in the 2019 James Toland Vocal Arts competition, winner of the 2016 George London Foundation Competition, first prize from the Gerda Lissner Foundation in 2016, and the Frances MacEachron Award from the Lyndon Woodside Oratorio-Solo Competition. In 2018, she joined the Ravinia Festival’s Steans Institute as an Artist Fellow.

She said on the My GRCC Story podcast that one night she was walking from Kendall College, where her sister attended, and decided to check out GRCC’s Music Building.

Music was a big part of her life growing up as one of nine children in the Ukraine. She was inspired by what she saw and heard in the building to take a Music Theory class with professor Brian Morris.

“After the first day of class, I said, ‘I’m auditioning for voice and piano!’” she said.

“Community college in America, period. But especially GRCC, because the Music Program is so incredible. Everybody can have an opportunity at the community college, and that’s what’s amazing. I definitely credit the professors here for seeing the potential in me.”

Chechovska came back to campus last year to share her talents and knowledge with current students.