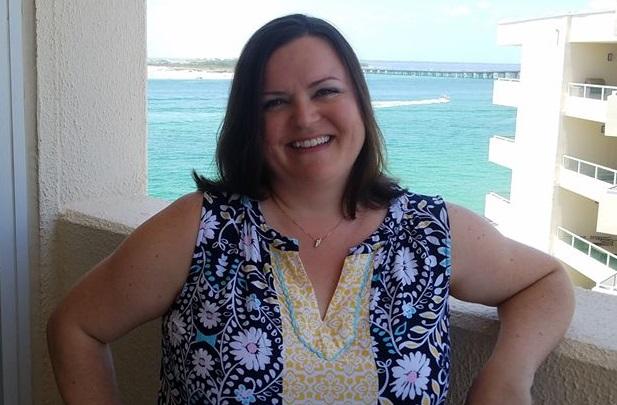 Jennifer Archambault isn’t likely to forget her time at GRCC – but if she does, all she has to do is look at a certain pair of earrings.

Archambault spent four years in the Marines after graduating from Lee High School. She then started at GRCC under the GI Bill. She liked its accessibility and that she could continue working full time while taking classes.

She originally planned to become a dermatologist, but she found a new path – and a mentor – in a zoology course taught by professor Greg Forbes.

“Dr. Forbes helped me realize that there are careers in field ecology and biology, which shaped my direction,” said Archambault, who was a member of Phi Theta Kappa honor society while at GRCC.

“I couldn’t be happier that I ended up at GRCC,” Archambault said, adding that she was extremely prepared for courses at four-year institutions.

After earning her master’s, she spent three years as a research associate working on projects focused on water quality on mussels in coal mining regions and the effects of aquatic herbicides on invasive species.

She then returned to the classroom and has started her fourth year of work at NCSU for her doctoral degree. Her current research is centered on freshwater mussels and how they act as “livers of the rivers,” removing pollutants from waterways.

“Of the nearly 300 species of bivalves in the United States and Canada, more than 70 percent are endangered, threatened or declining, but they’re an essential component of aquatic ecosystems as filterers and as food for fish and other wildlife,” she said, adding that she will earn her doctorate  in biology next spring.

In addition to knitting and fishing, Archambault spends much of her free time trying to make science more accessible to everyone. You can follow her on Twitter and Instagram under @JM_Archambault.

When she graduated from GRCC, her mother gave her a pair of diamond earrings to commemorate her first real step in higher education. Her mother promised a bigger pair of earrings when she earned her bachelor’s degree. But when that time came, she turned them down – she likes the earrings she has because they remind her of where she started.

“Take advantage of services,” she advises current GRCC students. “And don’t doubt what you can do with a CC education.”