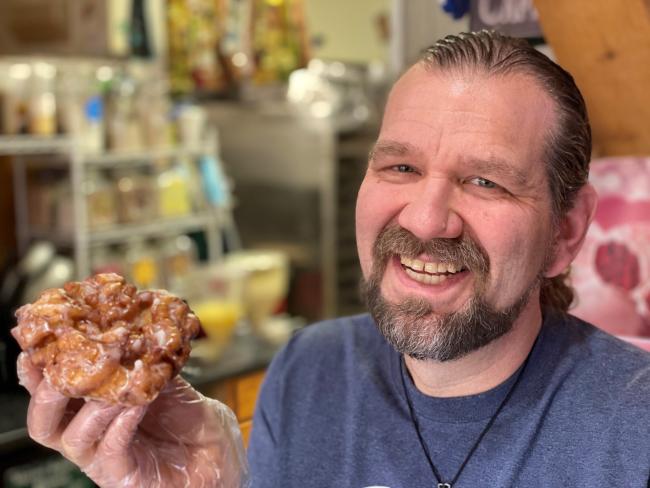 May 17, 2021, GRAND RAPIDS, Mich. -- Start at GRCC and go anywhere. Every former student has a story to tell about how GRCC gave them the education and opportunity to be successful.

After coming close with an honorable mention in 2014, Jeff Meyers now knows how victory tastes.

But running the bakery that produced the No. 1 doughnut takes more than just a winning recipe, and Meyer still draws on what he learned at Grand Rapids Junior College.

He came to GRJC’s culinary program with a passion for cooking.

“I had worked in a couple of restaurants but wasn’t exactly sure what direction I was going, but GRJC gave me various experiences in the culinary field and, with the help of some top chefs and hospitality associates, gave me knowledge of things I had no clue of coming from a small farming community,” he said.

After graduating, he worked in the bakery that provides baked goods to Steelcase’s 11 cafeterias, later becoming an associate chef.

In November 1992, Meyers took a part-time job at a recently opened “mom and pop” bakery in Lake Odessa. When the owners decided to close at the beginning of 1993, he decided to purchase the business, opening Meyers Hometown Bakery on May 4, 1993.

Meyers moved the bakery down the block in 1996 to a building he purchased. After a remodeling project that added an espresso bar, the business was renamed Meyers Bakery and Beanery in 2007.

“The main reason I am where I am today is my faith in God and perseverance, not giving in when times seemed a little difficult,” said Meyer, who is married with two sons. “There were a few times when I felt maybe I should do something else for more money or benefits and vacations, but now, when I look back, I feel God closed doors instead of what I originally thought were missed opportunities.”

He says GRJC prepared him for the shifts he’s made in his culinary career.