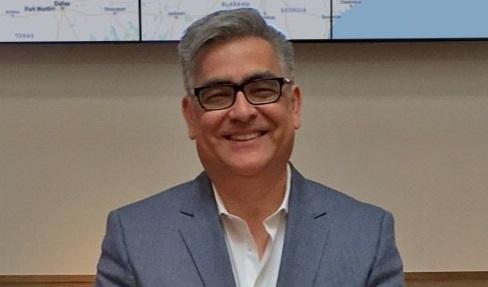 June 21, 2021, GRAND RAPIDS, Mich. -- Start at GRCC and go anywhere. Every former student has a story to tell about how GRCC gave them the education and opportunity to be successful.

When the best-laid plans go astray, sometimes it means you should take a closer look at them.

Eric Weaver -- or, rather, Eric Weaver’s mom -- knew exactly what he was going to do after his senior year at Northview High School: “I got accepted into the University of Michigan, but my single mom didn’t make enough salary to send me there. Instead, my grades earned me a full ride to General Motors Institute (now Kettering University). I had wanted to go to U of M for computer science, but the closest major GMI offered was electrical engineering.

“My mom’s plan was for me to graduate from GMI, get a sweet gig at GM, and ride off into the sunset as an engineer in Detroit.”

His estranged father’s suicide during finals week of his third semester at GMI sent him into a spiral of grief, and he failed three of his five exams.

“Even knowing about the loss, GMI pushed me out, and I came back to Grand Rapids -- just a kid at 19 with no idea of where to go, what to do, or who to be,” Weaver said.

He took on several part-time jobs and began night classes at what was then Grand Rapids Junior College. He immediately felt at home there.

“I explored marketing, creative writing, became involved in Student Congress, and started writing for The Collegiate,” he said, adding that a favorite memory is interviewing psychologist Joyce Brothers for GRJC’s Great American Talk Festival. “I also got to take a deep dive into computer science -- my original area of interest.”

While attending Xavier, Weaver became one of America Online’s first community and content managers. Marketing 101 had been one of his favorite GRJC classes, and he decided to shift his career -- right at the launch of the World Wide Web -- into digital marketing. He built some of the first websites, e-commerce sites, content servers, digital ad campaigns and social media sites for Fortune 500 companies, including Procter & Gamble, Intel and BMW.

“By 2000, I was a dot-com CEO living in Southern California and working in Hamburg, Germany,” Weaver said. “I felt like a deep-space satellite, launched from Grand Rapids, spiraling farther and farther away from home, out into the unknown.”

“My new company combines advanced loT sensors with blockchain and artificial intelligence,” he said. “We use the technology to track food shipments and other perishables as they travel through the supply chain. Our mission: to reduce the $418 million in food waste that happens in the U.S. due to spoilage and breakage, and to help create a better, more successful life for U.S. food producers.”

He notes that his most recent venture means he has really come full circle with the very first job he had while a GRJC student: creating software for a produce trucking company in Wyoming!

“GRCC was incredibly valuable to me at a critical point in my young life,” Weaver said. “Drowning in grief, unsure of my future, my life could have taken a number of different turns, which could have been self-destructive or less positive. Fortunately, the friends I made there, the faculty who encouraged me, and the quality and affordability of the courses I took sent me out into the world on a journey that’s taken me to work across the globe for some of the world’s largest corporations.”

Weaver, who still keeps in touch with many of the friends he made 38 years ago, said his story shows that the future’s not set in stone.

“Life will hand you a lot of disappointments, failures and seemingly impossible challenges,” he said. “But the reality is that the world as you see it today is only showing a tiny sliver of the possibilities ahead of you.”