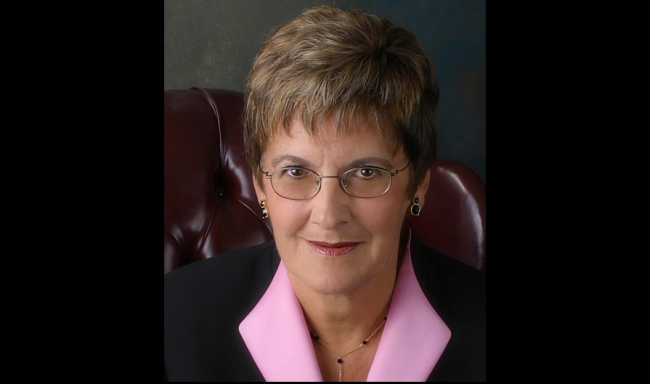 Jan. 25, 2021 GRAND RAPIDS, Mich. -- Start at GRCC and go anywhere! Every former student has a story to tell about how GRCC – or Grand Rapids Junior College – gave them the education and opportunity to be successful. We’re sharing some of those stories, and want to hear yours!

Before she taught in the Wyoming Public Schools, Janice Maggini was a student in Grand Rapids Junior College classrooms.

“My passion for education began here in the fall of 1954,” Maggini said. “GRCC has been a fortress in the face of adversity throughout its history, a haven for quality learning for me and countless students for generations.”

She received her associate degree in 1956, and bachelor’s and master’s degrees at Michigan State University. Her teaching earned her honors as the 1990 Junior High School Teacher of the Year, and she was named one of 10 Outstanding Women of Wyoming.

Maggini retired in 1997 as assistant principal at Jackson Park Middle School. She was named a GRCC Distinguished Alumna in 2011 and received a Salute to Women Award in 2005.

Throughout her education career, Maggini remained committed to GRCC. She was a founding member of the board of trustees, serving from 1991 to 2011, and was named board chair in 2003. She also served on the GRCC Foundation board of directors from 2011 to 2018. She was a trustee-director to the Michigan Community College Association and was elected chair of its executive council in 2003.

Maggini understands the struggles faced by many GRCC students, so she and her family help through the Grandma O Scholarship.