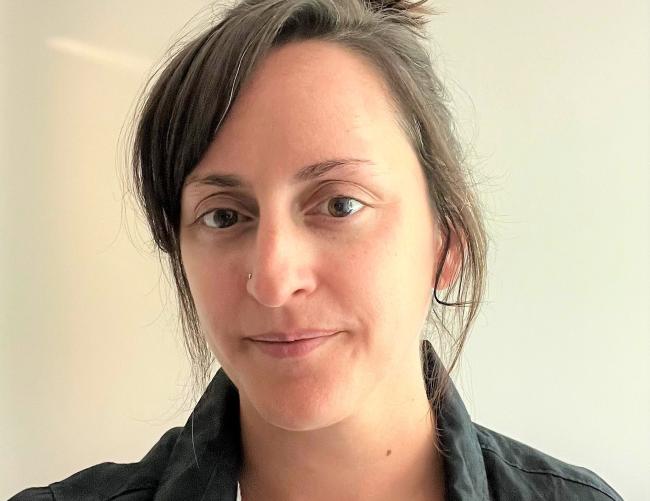 April Shirey found herself asking that question after losing her general management job in the bar and restaurant industry.

After packing up her car and moving from California to Grand Rapids, she had been in the field for 13 years.

“I had absolutely no clue what I was going to do,” she said.

Shirey decided to enroll at GRCC – it would be her second attempt at higher education.

“I went to college right after high school, and that was not for me,” she said during a GRCC Foundation event. “I was just doing what I was told: You graduate high school; you go to college, and you get an education. You get married, and you move on.

“Well, I tried that, and it was not very successful.”

Shirey sensed this attempt would be different: “GRCC welcomed me with open arms.”

She found her passion in the study of biogeography and served as president of Gamma Theta Upsilon, GRCC’s chapter of the international geographical honor society. She co-authored a paper on food insecurity among community college students that she presented before many groups, including the annual meeting of the American Association of Geographers.

After graduating from GRCC in 2017, she earned a bachelor’s degree in geography from Aquinas College and then a master’s from Western Michigan University.

She’s returned to Aquinas, as an adjunct instructor in geography. She’s also board president for Growing Roots Michigan, a disability services and support organization.

“I was a returning college student at 30 years old, and I had absolutely no idea what I was doing,” Shirey said. “With a network of amazing professors and people who work at GRCC, I was able to figure it out.”

Let GRCC help you start your story. The first chapter starts at grcc.edu/apply