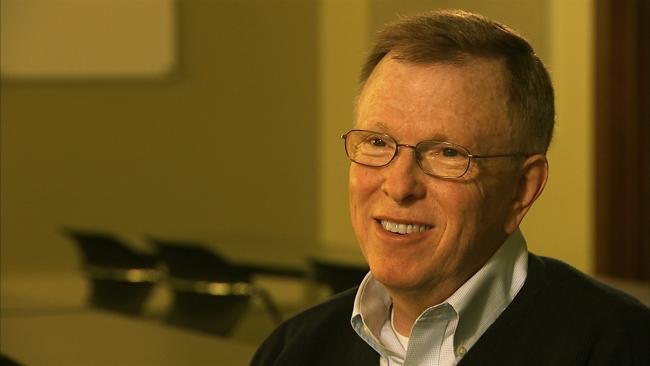 Start at Grand Rapids Community College and go anywhere! Every former student has a story to tell about how GRCC – or Grand Rapids Junior College – gave them the education and opportunity to be successful. We’re sharing some of those stories, and want to hear yours!

Kevin O’Neill has made a career of stepping up and leading: as a teacher, principal and administrator in the Grand Rapids Public Schools for more than a decade, as superintendent of the Coopersville school district for 13 years, as a Northview Board of Education member, as CEO of the John Ball Zoo for almost three years, as interim executive director of Heartside Ministry for seven months.

But as a leader, O’Neill prefers the spotlight to shine elsewhere, believing that schools and organizations perform their best when everyone can share their ideas.

“When you give the people who are doing the work the ability to make decisions that are affecting the work, that is certainly more effective,” he said.

O’Neill, one of eight siblings, attended what was then Grand Rapids Junior College from 1968 to 1970. He received a bachelor’s in mathematics and a master’s degree in education from Grand Valley State University. He later earned a doctorate in education with a Cognate in labor relations from Eastern Michigan University.

He has built his career by staying focused on the task before him, an approach he recommends to today’s GRCC students.

“If I could have someone’s attention – if I could tell them one thing – it would be just to tackle the next step, one day at a time,” said O’Neill, GRCC’s 2012 Distinguished Alumnus.

“Time will creep up on them quick enough, and they will probably surprise themselves at some of the things that they will be able to be a part of over the course of their lives. They’ve got a good start with where they are today, graduating from the community college.”