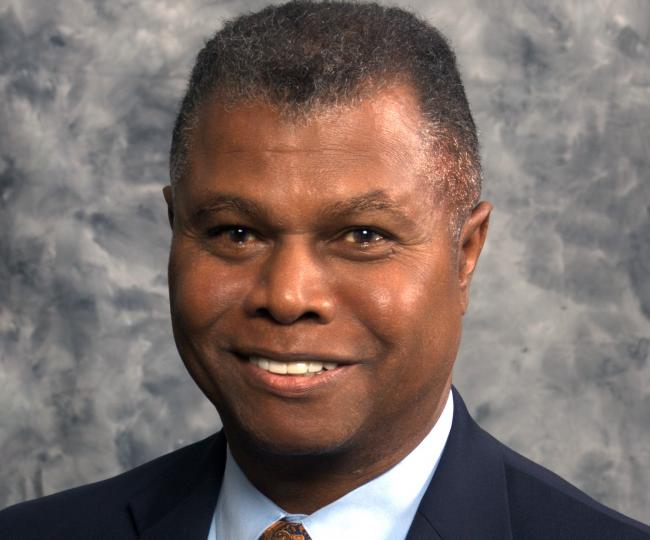 Bill Hardiman says he didn’t really know what he wanted to do with his life when he first attended Grand Rapids Junior College. But after serving with the Army in Vietnam, he returned to GRJC with a new sense of purpose.

Hardiman was the third-oldest of his family’s eight children. His parents separated when he was 14, and he was raised by his mother. After graduating from South High -- President Ford’s alma mater -- he enrolled at GRJC.

He left when he was drafted. He went to Vietnam in 1966 as a medic. In a 2003 interview for Grand Valley State University’s Veterans History Project, he described a mortar attack that ignited his infantry unit’s ammo dump:

“I don’t know how long we were there, but something happened that changed everything. Someone ran by the tent and yelled one word -- ‘medic’ -- and every one of those guys jumped up and grabbed their aid bag and ran out to help someone. I had just landed, didn’t know what I was doing, but I thought, ‘I am not going to shirk my duty. I’m not going to be left here,’ so I grabbed my bag and ran out, didn’t know where I was going and running toward our perimeter just looking for someone to help.

“I realized something, that courage is not the absence of fear. I don’t think you can be courageous if you don’t fear. It’s overcoming that fear and doing the right thing, regardless.”

“I was just determined,” Hardiman told GVSU interviewer James Smither. “I was going to go full time whether I’m working or not and get the degree.”

He got a job with Kent County Community Health but felt he could be doing more: “I felt like some area of public service was mine, so I just wrote the mayor of Kentwood, where we lived, and said, ‘I’d like to serve anywhere you think I could be helpful.’”

The mayor appointed Hardiman to the Parks and Recreation Commission, and that first assignment led him on the path to the Board of Appeals, Kentwood’s City Commission and his election as mayor from 1992 to 2002.

He represented the 29th District in the state Senate from 2002 to 2010 and is now the director of the Office of Community and Faith Engagement for the state Department of Health and Human Services.

In addition to being named GRCC’s Distinguished Alumnus in 2006, Hardiman received a Giants Award in 1998. Other recognitions include the United Way of Kent County Volunteer Award, the 1998 National Association of Home Builders Annual Local Official of the Year, the Frederick Douglass Award from the National Association of Negro Business and Professional Women’s Clubs Inc.’s Grand Rapids chapter, the 2004 Much Ado Award from Michigan’s Children, and special recognition from the Michigan Federation for Children and Families.