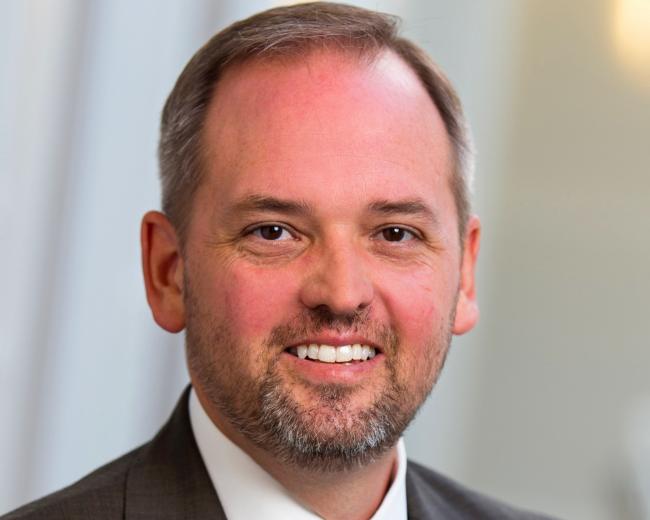 May 31, 2021, GRAND RAPIDS, Mich. -- Start at GRCC and go anywhere. Every former student has a story to tell about how GRCC gave them the education and opportunity to be successful.

“I am proof that a career is not always a path, but it can also be an evolving journey.”

“He was the first professor to take an authentic interest in me and mentor me,” Mroz said. “I remember being so excited about those courses, working ahead and going back to Plummer to give me more. This was me, actually asking for more coursework -- a first in my lifetime! I will never be able to thank Mr. Plummer enough for what he eventually did for my career.”

Mroz received his Associate of Arts in 1996 and transferred to Grand Valley State University, where he received a bachelor’s degree in communications and media studies in 1998.

His first job was account manager for McGraw-Hill followed by marketing positions at 20-20 Technologies and X-Rite. In 2008, he started with The Right Place, a West Michigan economic development agency. He has worked his way through marketing and communications to his current role of senior vice president of strategic initiatives.

Mroz credits GRCC with providing him the hard design skills that helped launch his career. But decades later, he recognizes that GRCC helped him build “soft skills” as well.

“Throughout my career, I have been provided many new opportunities that have taken my career in different directions,” he said. “I have been able to succeed because GRCC encouraged me to say ‘yes’ to new experiences. I’ve learned that the ability to connect with others and build relationships is just as important as the hard skills that make up the bullet points on your resume.”