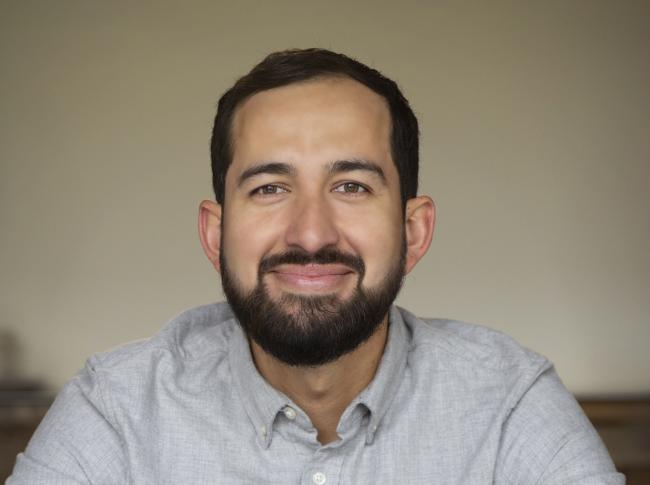 Oct. 4, 2021, GRAND RAPIDS, Mich. -- Start at GRCC and go anywhere. Every former student has a story to tell about how GRCC gave them the education and opportunity to be successful.

Salvador Lopez joined Grand Rapids Community College’s board of trustees just this summer, but his relationship with GRCC goes all the way back to high school.

He struggled there, but GRCC provided him with a clean slate.

“My low high school GPA did not matter, and my test scores were not a factor,” Lopez said. “For the first time in a long time, I felt like I had an opportunity to make something of my life with the support of professors who wanted to see me do well.”

After earning his associate degree, he went on to obtain a bachelor’s degree in Spanish and Latin American studies and a master’s in communications, both from Grand Valley State University, as well as several certifications in health care interpreting.

“Later in life, GRCC was a place where I could return to take specific classes I needed at a time that worked best for me,” Lopez said.

He has worked as an interpreter and director of language services for the Hispanic Center of Western Michigan and served as associate director of diversity recruitment for GVSU. Currently, he’s president of KConnect, an organization working to ensure that all children have an equitable path to economic prosperity.

Lopez says he has drawn on his GRCC experience throughout his career.

“GRCC exposed me to a diverse group of students, professors who cared, and faculty and staff who demonstrated that they believed I could be successful,” he said. “I’m proud to say that I take that approach in the way I interact with young people, and diversity, respect and integrity are values that I share with GRCC and values that I bring to my current role.”

Lopez now works with his fellow GRCC trustees to give current and future students the fresh start he experienced.

“My favorite GRCC memory was ending my first day of college and feeling confident that I was college material,” he said. “For the first time in my life, I believed in myself and felt like I was going to do well. I remember sitting in the classroom, learning from professors and feeling confident. I hadn’t felt that way before.

“I will never forget that feeling.”