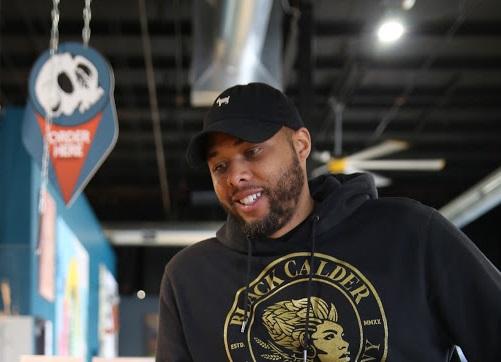 Terry Rostic made history, becoming the co-founder of Michigan’s first Black-owned craft brewery. But he said that might never have happened without GRCC.

“GRCC gave me a chance when no one else would,” he said. “I was able to learn from great professionals and professors. GRCC gave me the confidence to continue my education.”

Rostic had a solid high school grade-point average, but said he wasn’t a good test-taker and a low ACT score prevented him from getting accepted into a four-year college. Given an opportunity at GRCC, he thrived.

“GRCC helped improve my confidence in my learning ability and helped me realize that I belong in higher education -- I just needed a chance,” he said. “I was also exposed to students from all over the country, which was a nice change from my high school, which wasn’t very diverse at the time. Learning about different cultures and having the freedom to pick the classes I wanted and explore was key to my growth as a person, student, and man.”

Rostic said he excelled at two four-year institutions after graduating from GRCC in 2004, receiving bachelor’s degree at Cornerstone University with a 3.75 GPA and earning an MBA at Davenport University, graduating with a 3.92 GPA.

“If it wasn’t for GRCC I would have not received my MBA,” he said. “I was even accepted into a doctorate program at University of Southern California that I later declined to pursue my dream of opening a brewery.”

Rostic and Ewing have released six brews so far, and are planning a scholarship for GRCC’s craft brewing program to attract more African-American students to the growing industry.