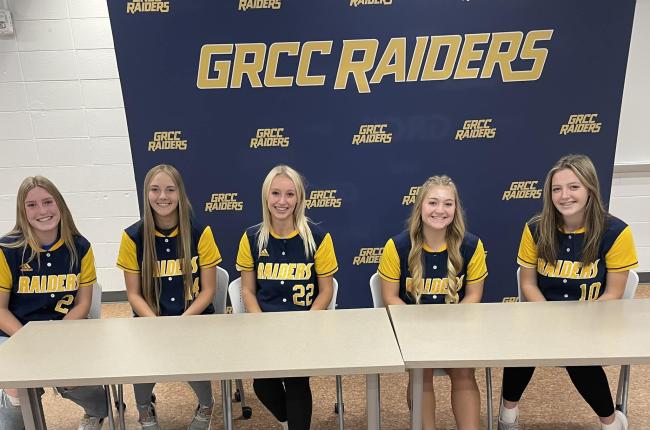 White celebrated the signings of five players, building a program that did not field a team in 2022.

“This class was my first, and will be a huge catalyst in keeping the program turning in a great direction, White said. “As far as the upcoming season goes, I will have a great group of hardworking student-athletes who set a positive culture. We’re looking to be capable of being competitive from day one.”

White and assistant coach Steve Roersma are in their first year coaching the GRCC softball team. The season begins in late February.

There are still opportunities for students looking to be a part of the team. A recruiting questionnaire is available here.