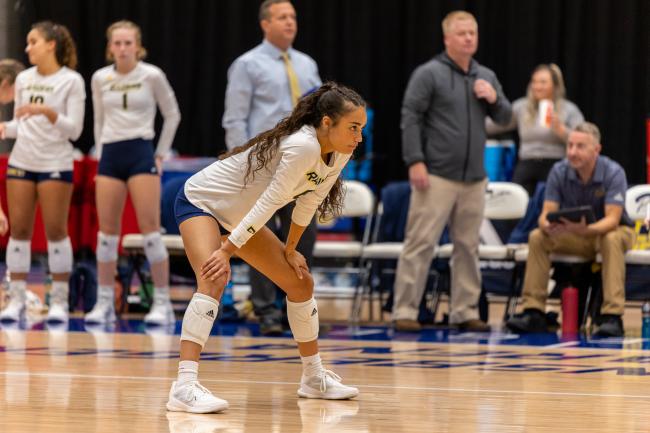 Coach Chip Will said the honor was well-deserved "for a great person on and off the court."

“Audrey has been a key attacker for us the past two seasons,” Will said. “She has grown into a true competitor who can heavily be relied on to consistently make big plays in high-pressure situations. It is exciting to see that her hard work and consistent high level of play has allowed her to be recognized by other junior college coaches as a VolleyballMag.com All-American.”

Torres was one of 11 NJCAA DII players honored by VolleyballMag.com, a publication that for nearly 40 years has covered the sport from the professional level to high school competition.

Jim Dietz, a Hall of Fame coach from Lincoln Land College in Illinois, selects the All-Americans for VolleyballMag.com based on game videos, coach comments, and how the player finished in voting in their conference and region, and overall statistics.

A sophomore from Caledonia, Torres earlier was named All-Region, All-MCCAA and First Team All-Conference for the second year, and also named to the All-Tournament team at the national tournament.

The team this season enjoyed an 18-match winning streak spanning 59 days, an 11th conference title and a Michigan Community College Athletic Association Championship -- the team's sixth in the last seven years. The team then went on to go 3-1 at the national tournament finishing in fifth place - tied for their second-best finish ever.

Torres was first on the team in kills with 393 and service aces with 52. She also ranked in the top-five of the MCCAA in kills, kills per set and points per set.

She is the third GRCC student-athlete to earn All-American honors this year. Cross country runners Kaylee Scott and Audrey Meyering were selected after their performances in the NJCAA DII National Championships in November.