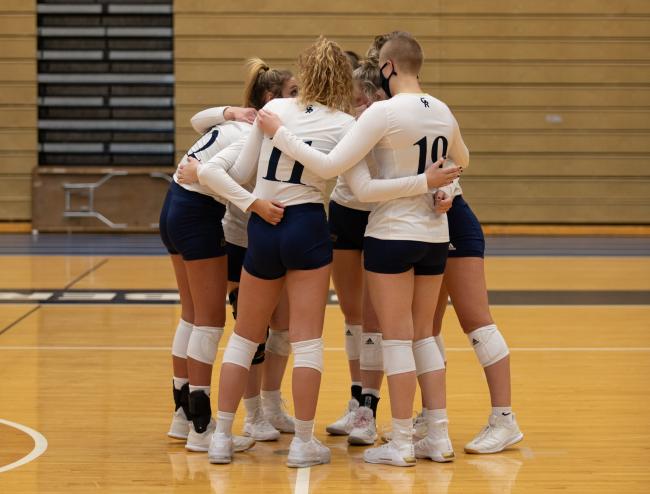 The Raiders have lost five matches this season, four of them to Muskegon. Friday’s defeat in straight sets propels the Jayhawks to the national tournament, and ends the Raiders season.

The Raiders squared off against Muskegon in the District XII finals after first- and second-round games against Henry Ford and St. Clair County Community College were cancelled.

Kylie Oberlin led GRCC with 12 kills and 19 assists. Annie Holesinger had eight kills and 23 assists. Kara Hecht had 21 assists and Gabi Kitley had 19.

GRCC finishes with an 8-5 record, with the only other defeat coming at the hands of Glen Oaks Community College in the first match of the season.

It was a most unusual year, with the traditionally fall sport moved to spring because of the pandemic, the season shortened and six games canceled.

GRCC came off a 2019-2020 season where the team went deep into the national tournament, finishing fifth in the nation.