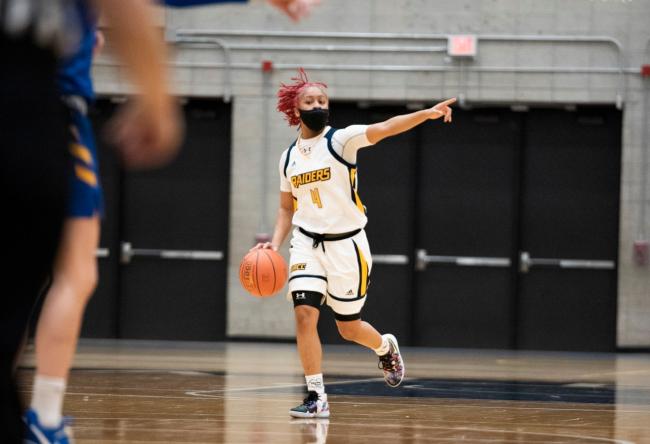 The women’s team broke through in the third period, scoring 24 points to the Bears’ 14, and held t

Shonyah Hawkins led the Raiders with 16 points. Olivia Koetje added 13 points. Danielle Lamancusa had 10 while Jayla Bibbs and Eurasia Green-Boyd each had eight points. Bibbs lead all players with 20 rebounds.

Xeriya Tartt turned in a strong effort for Mott, leading all players with 27 points.

The Raiders are now 3-1 on the season after dropping the season opener to Muskegon Community College.

The men’s team had an off night against a strong team. Mott went to the half with a 12-point lead, finished up 27. Malik Clincy and Isaac Anderson led the team with nine points each, with Anderson topping the team with seven rebounds.

The teams play on Friday, on the road again against Glen Arbor Community College in Centerville.