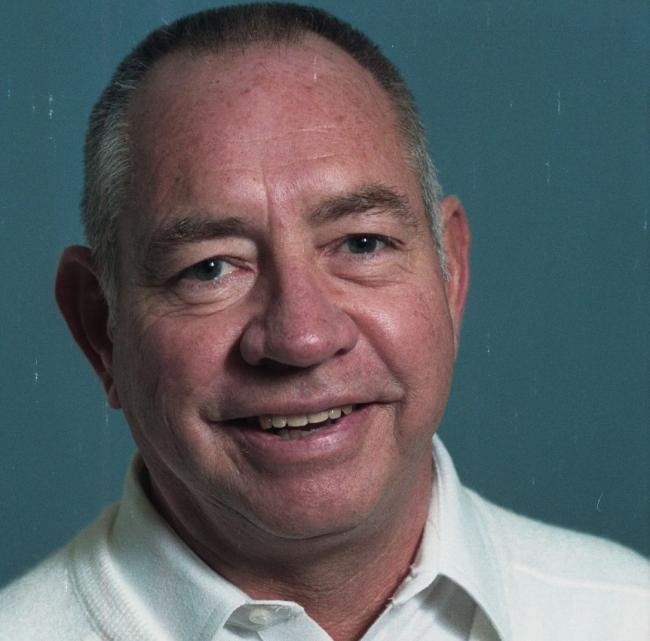 June 26, 2019 GRAND RAPIDS, Mich. — Charles Chanter is being remembered as a GRCC Athletics legend – coaching, teaching and serving in leadership positions at the state level for more than 40 years.

Chanter, who died June 12 at age 89, was the Michigan Community College Athletic Association’s executive secretary from 1966 to 2008. The organization – the governing body for community college athletics – renamed its top award, the All Sports Trophy, to honor Chanter.

“Charlie Chanter was a leader for generations of student-athletes,” GRCC Athletic Director Bill Firn said. “He deeply cared about the college, devoting his career to its students and the role athletics can play in developing character. Our golf program is strong today, built on a foundation created by Charlie Chanter.”

Chanter began teaching at what was then Grand Rapids Junior College in 1954 and retired from full-time work in 1994. He taught in the Business Department and was its chair at one point. He continued teaching as an adjunct and remained golf coach until 2007.

At the state level, Chanter served in the MCCAA from the 1950s until 2008, and was the MCCAA golf chair for many years.

Tod Hess, MCCAA information director and secretary, praised Chanter for his loyal service to the organization and the student-athletes it serves.

“He was the executive secretary for nearly half of the association’s 93-year existence,” Hess said. “Because he archived the minutes of the association back to the very first meeting, the MCCAA has documentation of our history. The association and I are forever indebted to him.”

The Charlie Chanter All Sports Trophy is awarded to one of the MCCAA’s schools each year based on where each team finishes within MCCAA competition. Points are awarded to each member college based on each team’s rank in an MCCAA-sponsored sport, with bonus points added for teams that finish as an MCCAA champion or runner-up.