Daniel Williams was appointed to the Board of Trustees in June, 2020.

Daniel Williams, EdD is the President and CEO of the West Michigan Center for Arts + Technology (WMCAT). A leader in urban education and facilitator in design thinking, Daniel works to advance equity in education and workforce development. Prior to WMCAT, he served as co-founder and principal of Grand Rapids University Prep Academy, the first Centers of Innovation School in Grand Rapids Public Schools. While at UPrep, Daniel led his team to achieve record graduation rates and college acceptance rates. He was also named "Principal of the Year" by Grand Rapids Public Schools for 2014-15.

At WMCAT, Daniel works to bring equity and innovation to West Michigan, the State of Michigan and now on a national level. He presents on best practices in two-generation family supports at The Aspen Institute and sits on their ASCEND two-generation post-secondary workgroup.

Daniel’s community work around racial equity and opportunity contributes to WMCAT’s work to provide equitable access to social and economic opportunity, as well as the growth and progress of West Michigan. He works and partners at systems levels and volunteers at various organizations focused in these areas.

In 2018, Daniel was appointed by Governor Snyder to join the Michigan Consortium of Advanced Networks that will help usher in equal access to affordable broadband connectivity. In 2019, Governor Whitmer appointed him as vice-chairperson of the MI-STEM Council. Daniel was also recognized with the 2019 Trust Award from the BBB of West Michigan. Daniel has a Doctorate in Education for Interdisciplinary Leadership from Creighton University, he received his Master of Education in Educational Leadership from Eastern Michigan University and his Bachelor of Arts in Communication Studies from the University of Iowa. 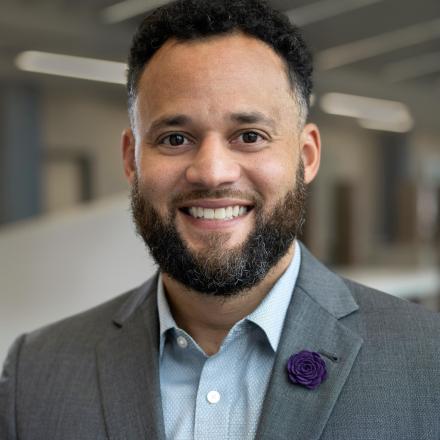