Jose Mora began at GRCC as a first generation college student, where his experience was enriched by the help he received throughout his time here. Now, as GRCC's new student orientation coordinator, he welcomes hundreds of new students every year -- easing their stress, and helping them feel less overwhelmed.

Jose has worked in several departments at GRCC over his 15 year career. He began as a student employee in the Enrollment Center while working towards his Associate of Arts, which he earned in 2006. He then stepped into an enrollment center specialist position.

After a short break from being a student himself, Jose decided to transfer his credits to GVSU to work towards a Bachelor's degree in psychology. He then took a position in software administration support at GRCC.

Jose earned his Bachelor's of Psychology in 2010, and transitioned to a position supporting the GRCC Instructional Support department before returning to the enrollment center to run New Student Orientation. There, he focuses on his passion for helping students navigate their first steps into college. A smooth transition from high school to college life had a big impact on Jose, and now he is ready with a team of student ambassadors to take the uncertainty out of starting college for today's new GRCC students. 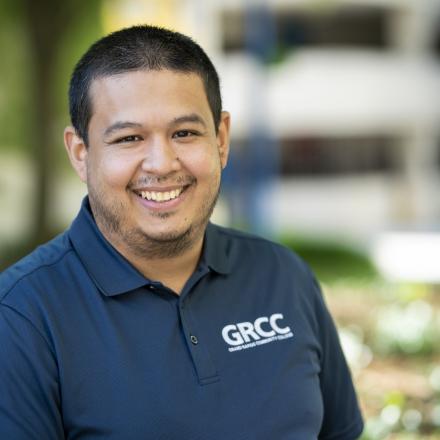