Dr. Libor Ondras is a conductor, viola recitalist, and educator. Dr. Ondras began his studies as a recipient of the Slovak Ministry of Culture fellowship to study viola at the prestigious Moscow Conservatory with Yuri Bashmet. To further his career and experience, Ondras continued his studies at the Academy of Music Arts in Prague, and completed his M.M and D.M.A. degrees at the University of Houston. Among the highlights of his graduate studies years are fellowships at the Pacific Music Festival established by Leonard Bernstein (Japan), the Aspen Music Festival, the National Orchestral Institute (University of Maryland), Encore (Cleveland Institute of Music), and Sir George Solti's Carnegie Hall Project.

Prior to coming to MI, Dr. Ondras served as a Director of Orchestras at the University of Tampa, FL, where he also founded and lead Quartet-de-Minaret. Among their frequent chamber music appearances and residencies are such festivals as Haydn International Festspiele (Austria) and Sarasota International Chamber Music Festival. Dr. Ondras has been the chamber music coach for the winning ensembles at the Michigan Chapter of the American String Teachers Association (MASTA). He was appointed a faculty at the Bay View Music Festival, directing the opera, coaching and performing with the faculty string quartet. Some of his recent and upcoming projects include solo appearances on the European Tour with the GLCO, dedicatee and co-collaborator on a new viola concerto commissioned by the GLCO from David Lockington, and visiting artist position at the Royal Conservatory of Scotland and Belle Violinmaking School in Bilbao, Spain.

Dr. Ondras has performed with major orchestras throughout the US and Europe including Florida Orchestra, Utah Symphony, Houston Grand Opera, Vienna Philharmonics... He has given lectures and played recitals for the American Viola Society and International Viola D'Amore Society. His research and scholarly writings were published in the Journal of American Viola Society. Ondras' is Music Director of the Great Lakes Chamber Orchestra (MI) and Kent Philharmonic Orchestra of Grand Rapids and a guest conductor for the Slovak State Opera. Dr. Ondras currently serves as a Director of Orchestras and String Specialist at Grand Rapids Community College. 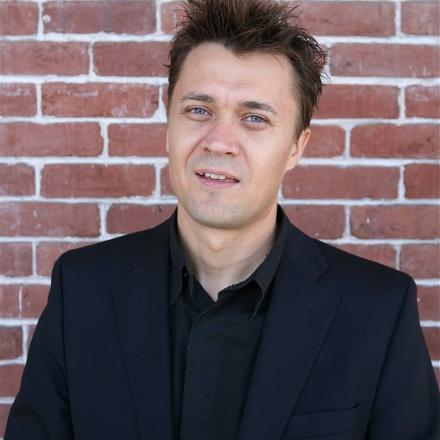