Tari’s career outside the classroom spans more than 15 years and four tectonic plates. After earning her B.Sc. in geology from McGill University in Montreal Canada, she began her professional career as a consulting geologist monitoring groundwater in Indiana. She continued her education at Northern Illinois University in DeKalb, where she studied chemistry of volcanic rocks from the Central Volcanic Zone in Chile. For several years, Tari served as a geologist for the U.S. Geological Survey’s Hawaiian Volcano Observatory where she monitored the eruption of Kilauea volcano. In 1996, she joined Australia's Commonwealth Scientific and Industrial Research Organization where she studied 3 billion year-old nickel deposits. Tari began teaching at GRCC in 2002. She enjoys the diversity of GRCC students she meets and making geology relevant to their lives and careers.

What do you like best about teaching at GRCC?

I enjoy working with our students and introducing them to rocks!

What are the strengths of your program?

We have a strong group of faculty and a geology program that prepares students well for transfer to geoscience programs at four-year institutions.

Has working in this field always been your career goal, or did you switch tracks at some point?

I switched from a computer science major once I realized I did not want to spend so much time indoors.

What do you know now that you wish you'd known when you were first starting out in your profession?

I think there are pitfalls and challenges in any profession. With foreknowledge I might have made fewer mistakes but mistakes can be learning opportunities. I don't think I would be who I am today without them.

How has your ability to connect with students changed in a positive way during the pandemic?

It's an honor to be allowed into my student’s lives through the virtual world. We enjoy getting glimpses of each other's pets and family. I find myself having more conversations with them than I might normally have in the classroom. I also find I have a better connection with a broader range of students, particularly the quieter ones. 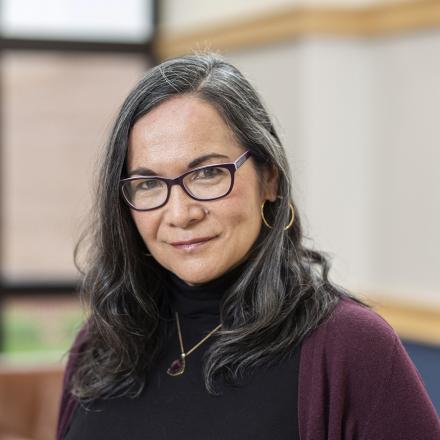