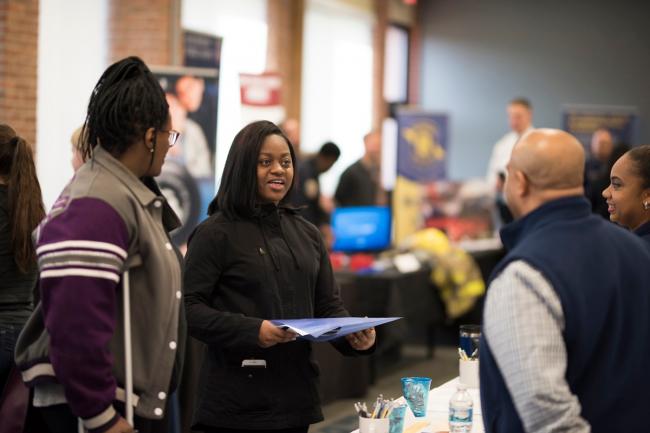 The event will be targeted toward two groups: High school juniors and seniors are invited to meet with potential employers from 1-3 p.m. Students’ families and community residents are invited from 4-7 p.m. Both will take place at Innovation Central High School, 421 Fountain St. NE.

The goal is for companies to hire some people on the spot for a variety of full- and part-time jobs as well as summer jobs and paid internships.

While West Michigan’s unemployment level is low, Bliss said there are areas in Grand Rapids where up to 30 percent of residents have problems finding jobs. The hiring event is intended to help them learn about open jobs as well as educational and training programs and other efforts to help them overcome barriers to success.

“One concern we hear from some of our residents is they don’t have access to companies that have jobs and they feel it’s difficult to get their foot in the door,” Bliss said. “Our hope is that this hiring event will intentionally connect people with opportunities.”

“Right now, there is a great disconnect,” he said. “Companies need people; people need jobs. We need to make that connection through an aggressive, inclusive hiring effort.”