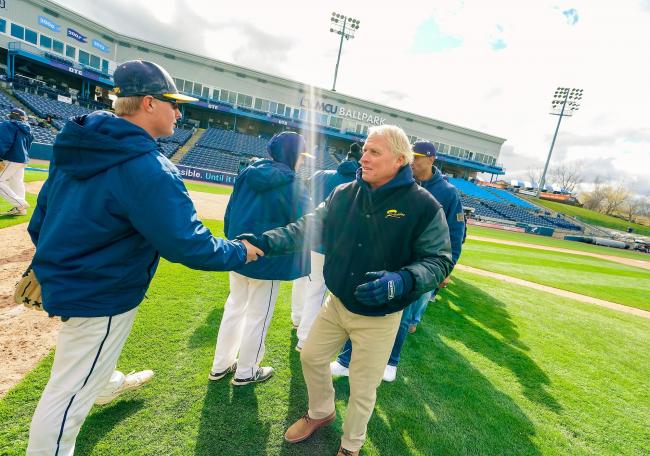 Wabeke was one of four people named to the National Junior College Athletic Association hall. He’s joined by Rob Fournier, from Wabash Valley College in Illinois; Jeff Johnson, from Chipola College in Florida; and Andrea Gordon, president of Diamond Sport, which produces baseballs for NJCAA.

“The GRCC baseball program has a proud history, and the team was dominating when Coach Wabeke was at the helm,” GRCC Athletic Director Lauren Ferullo said. “It is wonderful to see him honored by the NJCAA, reflecting respect for his career, and the GRCC Athletics program.”

Wabeke played shortstop for what was then Grand Rapids Junior College and was a two-time All-American. He then played at Central Michigan University, earning All-MAC Conference honors and signing with the San Francisco Giants in 1980.

Wabeke enjoyed stints in the minor leagues with the Giants, St. Louis Cardinals and Pittsburgh Pirates, climbing as high as Class AA before returning to West Michigan in 1984.

GRCC Athletics this year celebrated the anniversary of the 1996 and 1997 titles by welcoming the Wabeke and former players and coaches at an April game at LMCU Ballpark.