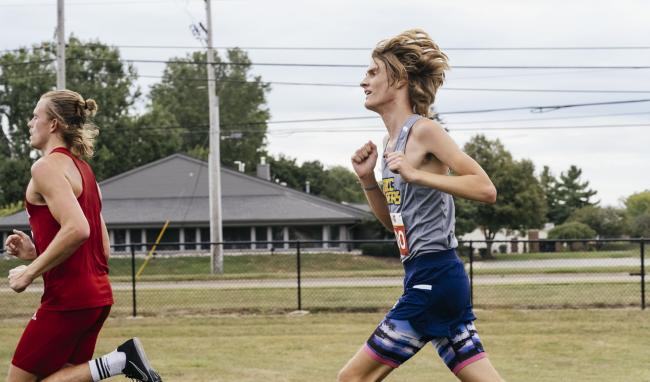 Clark, a freshman from Carson City and the defending MHSAA Division 4 State Champion, opened up the season with an 8K time of 26:48 at the Calvin Knight Invitational on Sept. 4 in Grand Rapids.  His time was good for 57th place overall out of 184 runners.

"Coleman is an extremely gifted runner who is very deserving of this recognition, and he showcased that last Saturday in his first ever college cross-country race,” coach Garrett Lacy said. “I believe Coleman can develop into one of the top runners in all of the NJCAA D2, and finish this season off as an All-American runner when it is all said and done. He has the talent and the drive to make it happen, and I look forward to seeing how he progresses in our upcoming races."

GRCC was the only community college team competing in the event. The men's team finished in 11th place out of 12 teams.

The Raiders are next scheduled to compete in the Knight-Raider Invite that Calvin College and GRCC will both co-host, Saturday Sept. 11. Competition is set to begin at 10 a.m. for the women and 10:45 a.m. for the men.

It’s the third week in a row the MCCAA has honored a GRCC student-athlete. Volleyball team members Annie Holesinger and Ola Nowak were each named Western Conference Player of the Week.